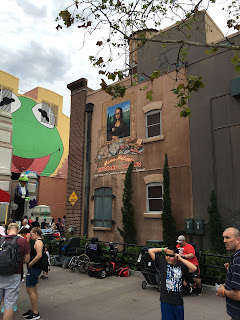 In case you didn't see it - long time Muppeteer Steve Whitmire, who has dedicated his life to the muppets since he was 19, and who has played Kermit The Frog since Jim Henson's death in 1990 has been let go by Disney after 27 years of service, as his role was being "Recast". Steve has been quiet about it for several months, but has now started his own blog to talk about what happened and to share his feelings about the Muppets. From Steve's first blog post.. he writes

"For me the Muppets are not just a job, or a career, or even a passion. They are a calling, an urgent, undeniable impossible to resist way of life. This is my life's work since I was 19 years old. I feel that I am at the top of my game, and I want all of you who love the Muppets to know that I would never consider abandoning Kermit or any of the others because to do so would be to forsake the assignment entrusted to me by Jim Henson, my friend and mentor, but even more, my hero."


In a lot of ways - this is exactly why Save The Magic exists - to call attention to when these sorts of things happen in Disney. To those of us who are fans - Disney represents a lot more than just money, or an entertainement product. For us, Disney represents memories, and a history which transcends corporate politics. Absent some grave malfeasance, it just feels wrong to end a 27 year career. This is how the "feeling" of characters change, and something is lost in the process, and every fan is the poorer for it.

Drop by Steve's blog and send him a note of support.