Crowds, Pricing, and the Disney Experience...

As has become almost standard operating procedure for Disney of late, they once again raised prices for the domestic theme parks. There is a lot of issues here that need to get unpacked around Disney’s pricing strategy, crowds and the Disney Experience - so lets dig in.


According to a statement put out by Disney spokeswoman Suzi Brown the reason that they have raised prices to this level is as a "crowd control" strategy.

“We know how important making memories at Disney theme parks is to our guests and we will continue to evolve our pricing in a way that gives them a range of options to meet their budget and helps better spread attendance throughout the year so they can make the most of every visit,"

This doesn’t make any sense on the face of it. How does making something more expensive help anyone to “meet their budget”? I would suggest that what Disney is doing is pricing the theme parks at what ever level they feel that they can get away with to maximize profit. If crowds are really such a problem, so much so that you have to deliberately price the experience out of the reach of most people, then you have by definition, a capacity problem, not a pricing issue. Demand is not a problem that needs to be discouraged, but rather a good problem to have. Why would Disney want to deliberately punish its most ardent fans by pricing them out of their products? Even if this would work as a strategy (and I would argue that it will not), its a terrible long term business practice as those who are priced out will have ill will engendered for how Disney treated them. Movies, Television Content, Consumer Products, all require mass market appeal. What happens to Disney when those very consumers, who are vital to all Disney’s other businesses, are turned off from the pricing strategy from the parks.

The basic operating principle at Disney Parks, more than anything, is nostalgia. Positive memories of a Disney Park experiences are often formed when young. If Disney prices young families out of the market, they are breaking the cycle of the next generation of Disney fans. Long term this will be disastrous to the health of the theme park business. As a justification for rising prices, crowds are a terrible excuse, and the fact that Disney mentions crowds, shows that they have an understanding that crowding at the parks is a number one guest complaint. In fact, crowding has been a major guest complaint for some time, and once the crowd levels exceeded design capacity at the theme parks, led to the introduction of the fast pass system (which introduced way more problems then it hoped to solve). From a marketing standpoint raising prices is absolutely one of the worst things that you can do to people, and I believe that Disney is mindful of it, and so they justify rising prices by tying it to something that they know is equally painful, and that fans are desperate to escape from - namely crowds. It’s a brilliant piece of marketing, but its disastrous as a general business policy. 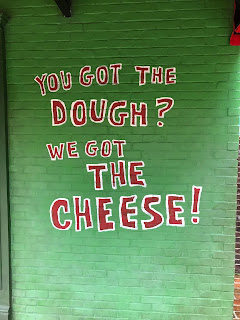 The real underlying truth of this is that the theme park business has become a consistent reliable earner for the Disney company, and the parks segment has, in fact, become the top earner - contributing to 26% of Disney’s earnings in 2017 alone, which is more than the media networks did. It all comes down to greed and profit.

Tear Down and Replace 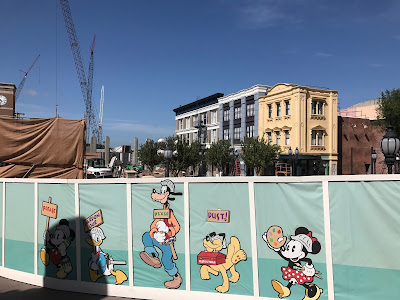 Another fine example of the greed principle is the tear down and replace phenomenon. For example instead of building a "Star Wars Park" which is clearly what Disney needs, and what people want - Disney has instead chosen to tear down a significant portion of Hollywood Studios (removing ride capacity) in order to build back a few new rides, themed to Star Wars. Rather than add new attractions while keeping the existing ones, increasing the total overall capacity of the park, we end up with more or less, the same capacity. There are several reasons why Disney has taken this path.
So with the reasons above in mind we end up with something which feels like a bad compromise, namely tear down and replace. Its the cheapest way for Disney to sort of deal with the two problems, while spending the least amount of money.

Crowds and the Guest Experience


Nothing that Disney has done, Fastpass +, tear down and replace, rising prices to an unreasonable level,  will do anything to fix the guest experience as regards the crowd problem. Only net new ride capacity will fix the problem, and preferably net new capacity in all the parks plus a fifth gate. Consider for a moment, what Walt Disney World could be, if Disney had chosen to invest $5.5 billion in only new ride capacity domestically, as opposed to investing it in China.

Spreading Attendance Though Out the Year

The simple fact of the matter is that the "peak" seasons of the year are "peak" because that is when kids are out of school. For many people - there isn't a choice at the time of the year that they get to visit WDW. No amount of raising attendance prices will fix this because people are just simply not going to take their kids out of school to accommodate Disney - and to spread the crowds into the former "off" season of the year. What is going to happen is that people will dig deep to continue coming during the times of the year that still works best for them. Eventually the price will rise to such a point that families will just give up. At that point, Disney will lose the future generation.

Disney is not a "cheap" experience, nor should it be. The parks were built on being a reasonable priced premium experience. What we have today, is a reasonable experience (declining with the overcrowding) with a premium price - so the traditional Disney formula has been flipped on its head. Long term, this will be disastrous for the brand, and no amount of helping people to "meet their budgets" will help that.