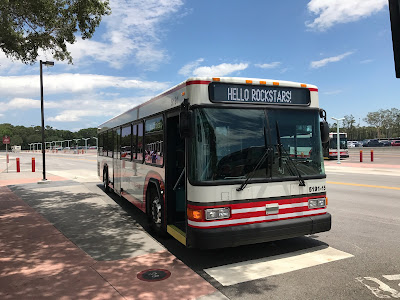 Walt Disney World is cancelling the express bus service which was launched in December of 2016. The service allowed unlimited park-to-park transportation for guests where you would not have to enter through the front and could skip the security line. It looks like the new Minnie Van service may be the reason why Disney decided to cancel this service. The last day for guests to purchase Express Bus Service was August 16th, with the last day of operation will be August 23rd, 2017. While this seemed like a good idea, one positive out of this cancellation is that folks will go back to experiencing the Disney parks the way that they were meant to be experienced with everyone sharing a common entrance as an "establishing scene". Also this service was seen by many as just another instance in a long history of Disney finding a way to throw yet another stealth charge at guests. The charge had the effect of ensuring that, at least at the theme park level, all guests were not treated the same.
Posted by Uttini at 10:29 AM